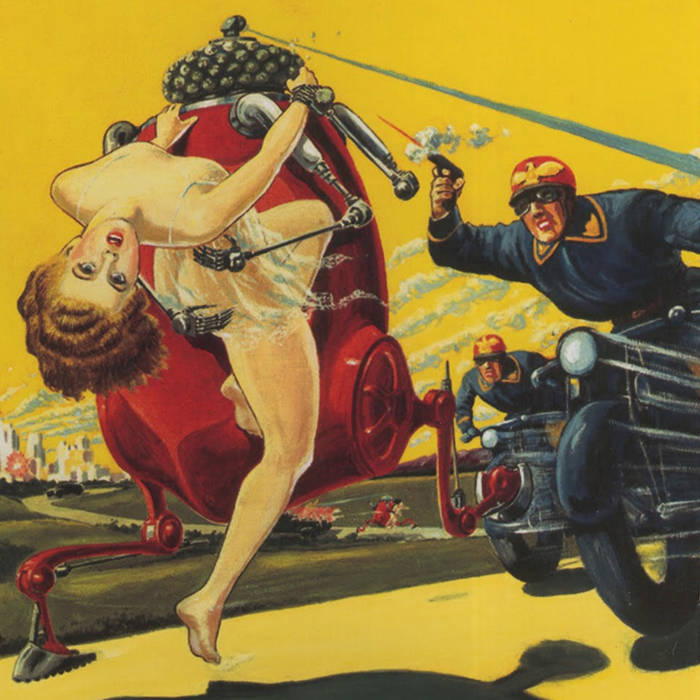 Dragan Cekic The bend definitely made progress with their second album. First Stage Zoltan sounded little bit unsecure and shaky. Those times are gone. On Sixty Minute Zoom the music direction and the style stayed the same but songs matured and production improved. Also beautiful cover artwork to pack this music into.
Recommended!
Mark: 6/10

gram the son of sam

This sophomore effort from Zoltan follows up an EP for famed British doom label Rise Above - an audio take on director Amando De Ossorio's classic Blind Dead series of horror films - as well as a Cineploit-released tribute to John Cameron's score to the equally iconic Seventies film Psychomania, while at the same time leaving nearly every prior release from the band in the proverbial dust, so epically addictive and immensely blissful is this sound.

Sixty Minute Zoom takes the building blocks of influence carved from the likes of film composer Fabio Frizzi, Italian prog giants Goblin and Pittsburgh duo Zombi and erects here a monument to their own creativity and unique compositional eye. Indeed, every aspect of Sixty Minute Zoom sounds more focused, confident and actualized as keyboardist Andy Thompson, bassist/keyboardist/guitarist Matt Thompson and drummer Andrew Prestidge lock into each others' musical strengths and unleash what is most certainly the defining Zoltan release up until this point in the band's career.

Highlight tracks such as "The Ossuary" pulse with a malevolent bass drone and swirling, atmospheric synth, while the album's epic, twenty minute closer "The Integral" moves effortlessly between horrifically mood-setting soundscapes and low key electronic experimentation, anchored by an absolutely amazing drum performance from Prestidge. The drummer's lock-tight groove at the thirteen minute mark through the track's sizzling finish is bested perhaps only by the subtly powerful groove Prestidge hits upon as the Thompson's growling synth stabs lift the opening movements of "The Integral" as the best soundtrack theme never featured for an Italian horror or giallo film.

No hyperbole or exaggeration here: Sixty Minute Zoom demands immediate attention from electronic music fiends and Eurocult soundtrack buffs the world over, as it bucks the late year trend as one of the finest albums of 2014.
- Boston Examiner

Also available on vinyl and CD from Cineploit Records : www.cineploit.com

Bandcamp Daily  your guide to the world of Bandcamp

Guest hosted by Tamar Osbourn aka Collocutor and Toshio Matsuura.